By the way, thanks for supporting our news site
by shopping our easy click ads 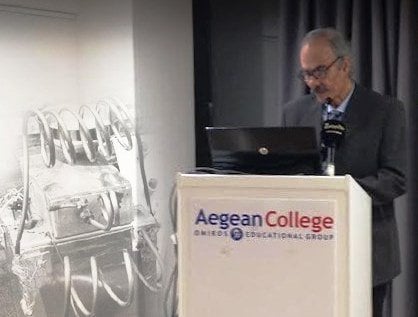 Funny story… I originally heard about this story yesterday (12/28/16) on an audio broadcast of the PBS News Hour on KQED 88.5FM in the SF Bay Area.

I tried following up online but the story had no internet presence. I decided to catch the 6pm television broadcast of the News Hour and got the name of the PBS special assignments reporter who covered the story, a Malcolm Brabant.

I contacted him along with PBS New Hour via twitter about the small web presence of the story. Was the whole thing a mistake? What were we dealing with? Was it legit?

The journalist reached out to me through a direct message on Twitter giving me his personal email address (which I have redacted in respect of the journalist) to which I sent a message and received the following reply… Enjoy. (oh, I’ve also redacted all contact info, just want to the get the word out that this is happening around the world.)

I’ve got proof for all of this. Original (and only available web articles, really) links are at the end.

Hi Ricardo,
As a courtesy to you, I thought you might like to see the statement from the Greek Union of Physicists.
Here it is below.
best wishes,
Malcolm

SUBJECT Evaluation of the invention by Petros Zografos’s Team

During the special scientific meeting on October 29 2015 a theoretic presentation of the following new technological innovations was conducted a) method and apparatus of water electrolysis and hydrogen production as fuel, using the combination of high frequencies b) method and apparatus for the production of electric current ( supply ) using water and a material compound using the combination of high frequencies,as presented by the research team with Petros Zografos as coordinator.

The Greek Union of Physicists , by means a special scientific committee , examined in full the above methods and apparatus ,— excluding the measurements and analysis of frequencies and composition of materials , that are considered critical by the research team for the establishing of the international patent – taking into account the positive criticisms / opinions of physicists from the relative field of science together with tehnology peers, it appears that : the method of using combination of high frequencies for the production of hydrogen and electrical current constitutes an actual/real innovation at an international level and the devices/apparatus are built based on factual scientific laws by special peripheral materials, constitute applications of innovative advanced technology and function normally achieving the aim for which they were manufactured